Medical Facts About Speaking In Tongues

I found this article about the benefits of speaking in tongues on another site….thought it was worth re-posting.  The original site address is at the bottom of this article: 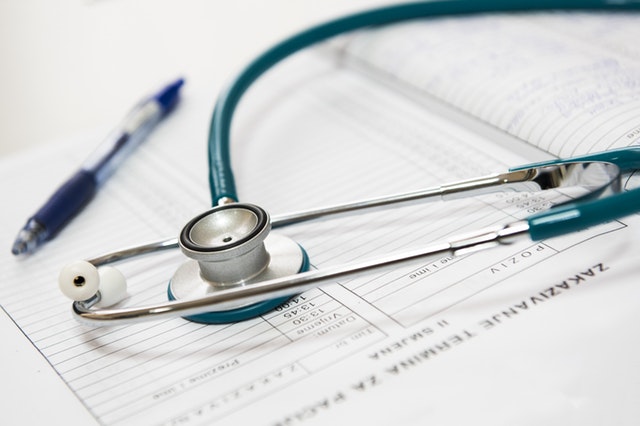 First a caveat, I am not a Charismatic but I am fortunate to receive the gift of tongues even without anyone laying his or her hands on me.

Secondly, this note is not only for people who do not believe in the gift of tongues but those who don’t understand why God would give such a gift as his first gift to the church and whether is it relevant today.

I ask that you read it with an open mind. My intention is to bring praise to God for such a gift and pray that those of you who have receive such a gift use it for His glory. To those who do not think it is relevant- think again. To those who has it but do not use it – Use it. To those who abuse it – Speak with understanding. Grace and peace to you.

“The Physical Benefit of Speaking in Tongues

God has made provision for you and I to be whole, to be well and to have access to His healing process. There is a study that has been done by Dr. Carl Peterson, M.D. (the husband of author and evangelist Vickie Jamison Peterson). This Study revealed that there is an available healing power that can be released from our own bodies for our own benefit. Dr. Carl Peterson, M.D. worked on this study at ORU in Tulsa, Oklahoma a few years ago. Being a brain specialist he was doing research on what the relationship was between the brain and praying or speaking in tongues. Some amazing things were discovered.

Through research and testing he found out that as we pray in the Spirit, or worship in the Spirit, (our heavenly language) there is activity that begins to take place in our brain. As we engage in our heavenly language the brain releases 2 chemical secretions that are directed into our immune systems giving a 35 to 40 percent boost to the immune system. This promotes healing within our bodies. Amazingly this secretion is triggered from a part of the brain that has no other apparent activity in humans and is only activated by our Spirit led prayer and worship.

Before the fall of man did God in His perfect creation provide for the total healing of mankind in this manner? As Adam walked and communicated with the Father in the Garden was this close and intimate fellowship and communication causing divine health to flow in his body? Just something for us to think about. God is the restorer of all things. As we exercise our life in the “Spirit” by speaking in our heavenly language that He has put within us, we are touching the supernatural power of God and we are letting Him restore part of what was lost.

Now science has proved the process and you and I can turn this healing process on by our relationship with our Heavenly Father. Just one more great reason to be filled with the Holy Spirit and commune with the Father in your “Heavenly Language.” According to the Holy Spirit, speaking through the apostle Paul: “He who speaks in a tongue edifies himself” (1 Corinthians 14:4). We always thought of the edification as only spiritual edification, which is great and always needed, but Christian psychiatrist Carl R. Peterson, M.D. describes physical edification also! Isn’t God amazing?

We have found on the Internet documentation from Dr. Peterson’s office, which is below. As a matter of reference, Dr. Peterson is highly respected, as a psychiatrist and as a Christian.

PLEASE NOTE: Dr. Peterson begins his attachment by specifically referring to praying in the spirit (speaking in tongues), then begins to just use the words prayer or praying. Throughout his paper he is referring to speaking in tongues, as that is the context of the whole paper, and is as introduced by his letter.

Dear friend,
Thank you for your inquiry regarding the relationship of extended periods of praying in tongues and joyful laughter to brain activity. As you will read in the enclosed explanation, I shared some information concerning this with several ministers at a gathering some time ago. I pray this information will be helpful to you.

This excerpt is extracted in verbatim.

EFFECTS OF EXTENDED VERBAL PRAYER
I have had a number of inquiries concerning the efficacy of praying in the spirit (speaking in tongues) and its benefit to the human immune system, i.e., immunity enhanced by chemicals released from a part of the brain. I am attempting to clarify some information I have shared with a number of ministers. This is information that may be deduced from what we know about the way the brain functions. We do know the part of the brain affected most noticeably by extended prayer represents a significant portion of the brain and its metabolic activity. Therefore, voluntary speech during extended vocal prayer causes a major stimulation in these parts of the brain (mainly the hypothalamus).

The hypothalamus has direct regulation of four major systems of the body, mainly: a) the pituitary gland and all target endocrine glands;
b) the total immune system;
c) the entire autonomic system; and
d) the production of brain hormones called endorphins and enkephalons, which are chemicals the body produces and are 100-200 times more powerful than morphine.

In summary, a very significant percentage of the central nervous system is directly and indirectly activated in the process of extended verbal and musical prayer over a period of time. This results in a significant release of brain hormones which, in turn, increases the body’s general immunity. It is further enhanced through joyful laughter with increased respiration’s and oxygen intake to the brain, diaphragm and other muscles. This same phenomenon is seen in physical activity in general, i.e., running, etc.

We know from the Word of God that there is a true joy that builds and sustains. Nehemiah tells us the joy of the Lord is our strength. There is joy in the presence of Jehovah. We, as believers having entered into that wonderful presence of our Lord, know this to be true. What we must continue to remember is that the joy of the Lord spoken of in the Word is so much more than any manifestation. We can truly have that unspeakable joy in the face of any trials we may encounter, if our joy is grounded in a knowledge of the Lord Jesus Christ.

I hope the above information helps to clarify the report you received regarding my statement in the area of the physical effects of speaking in tongues and joyful laughter for extended periods of time. Truly, we all benefit — body, soul, and spirit — from obedience and yielding to the Spirit of God in every area of our lives.

This excerpt is extracted in verbatim.
Original Article: http://beingunderthenewcovenant.wordpress.com/2011/06/14/medical-facts-about-speaking-in-tongues-%e2%80%93-carl-r-peterson-m-d/