Why Speaking in Tongues Matters

Why speaking in tongues matters more than you might think

I’ll never forget when I first discovered the power of praying in tongues. It was 1953, and I was a 19-year-old student at a Bible college in Portland, Ore. I drove down to Salem with some friends to minister at a church, and after the preaching ministry all of us went to the altar to pray. 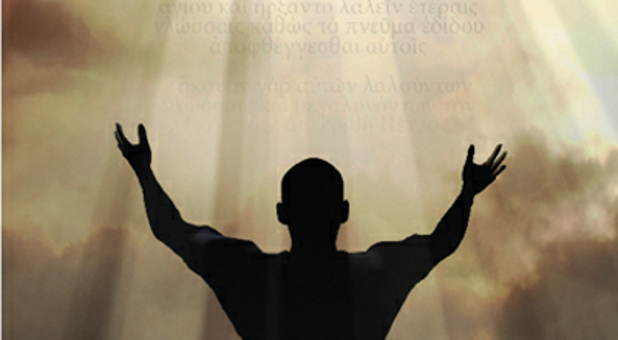 As I was praying, the Holy Spirit began to move in a way I had not experienced. I could sense this was a sovereign move of God taking place and that I should let the Holy Spirit have His way. I sat down crossed-legged so I could be comfortable while I spent time praying continuously in tongues.

In my natural mind it was like I was listening to two different people carry on a conversation. My spirit would pray through my mouth for four to five minutes in a tongue that sounded like the romantic soft language of French, Spanish or Italian. The prayer was expressed in a pleading tone. After a short period of time my spirit language would change to a deeper, harder, more authoritative tone like an African, German or Russian language.

I could feel the switch from my spirit talking to God to God talking to my spirit. His was an instructive, commanding voice as one giving important directions. It felt like He was saying: “Watch out for this. Be careful of that. This is going to happen, and when it does I will lead you. Fear not.”

I didn’t understand the language in my natural mind, but my spirit conveyed to me the essence of what was being spoken. This continued for four solid hours.

About four months later there was a great upheaval in the Bible college. Five of our teachers left, and the students were in great confusion. We didn’t know if the president of the Bible college was in the wrong or the five teachers. I was fasting for days and praying for hours at a time asking God to reveal His will for me. He finally told me to not be afraid or overly concerned because He already had it all worked out for me.

He said: “You remember when you prayed those four hours, and you and I communicated in the Spirit? During that time I put into your spirit what you were to do. I gave you the wisdom and grace you would need in order to make the right decision and take the right action.”

Today the Lord might have said He “downloaded” to my spirit hard drive all the information and grace I would need from His Holy Spirit hard drive to navigate the situation. The more we pray in our spirit language, the more time and opportunity we give God to program our spirits to direct our thinking and actions.

When we pray in tongues, mysteries are being revealed to our spirit man. The apostle John declared that the Holy Spirit would show us things to come, bring all things to our remembrance, enlighten and empower us to glorify Christ, manifest His life, and do the works that Christ did (see John 16:7-15; 14:12,26). If we want to be built up in God and edify our spirits with the charge of God’s power, then we need to pray often in our spirit language.

All works of God are accomplished by His Spirit and His Word. We can be filled with His Word by studying the Bible, memorizing Scripture and listening to anointed biblical teaching and preaching. We are filled with His Spirit when we are baptized in the Holy Spirit, which gives us the gift of being able to pray in unknown tongues, or a spirit language.

God the Father gave the world the greatest gift possible when He sent His son to die on the cross. But speaking in tongues is the greatest gift that Jesus could give the church because it activates God’s grace and power, and enables believers to live the life of Christ and fulfill their callings.

Receiving the gift of the Holy Spirit is like a person obtaining a computer who has used only a manual typewriter. I’ve used a computer to write the last four of my 10 books, and I probably know only 10 percent of my computer’s capabilities.

I’d estimate that 90 percent of the Christians who have received the gift of the Holy Spirit use less than 10 percent of all the spirit language is capable of doing in and through them. What are they missing? It would take volumes to list all the things speaking in tongues empowers a believer to do. Here are just a few:

Our spirit language enables us to have spirit-to-Spirit communication with God. Speaking in tongues helps us fulfill the Scriptures that instruct us to be filled with the Spirit, led of the Spirit, walk in the Spirit, live in the Spirit, and worship the Father in Spirit and in truth.

Our spirit language is a catalyst that produces all the manifestations of the Spirit of God. Speaking in tongues empowers us to become more Christ-like, produce the fruit of the Spirit and manifest the supernatural gifts of God (see Gal. 5:22; 1 Cor. 12:7-11). First Corinthians 14:4 says, “He who speaks in a tongue edifies himself.” Edify means “to build up, enable, empower and charge.”

The fast twirling of the turbine’s blades is what causes the rotation of the great dynamo in the heart of the dam. The dynamo is what generates the power, but it’s the turning of the turbine that starts and keeps the dynamo going.

This is what happens when we are filled with the Spirit, open the water gate of our mouths and allow those rivers of living water to flow. As the turbine of our tongues begins to churn out the language of the Spirit, it starts a dynamo activity in our spirits that generates the power of God within us.

From this illustration we understand more what Jesus had in mind when He said, “You shall receive power when the Holy Spirit has come upon you” (Acts 1:8, NKJV). You shall receive power after the Holy Spirit enables you to generate the power of God by praying in tongues. The reservoir is filled with good evangelical water for cleansing, baptizing and fishing for new converts, but it does not produce any power until it flows through the water gate and turns the turbine.

The spirit language is the activator of the gifts of the Spirit. In short, speaking in tongues grows the fruit of faith, which is the procurer of all God’s promises.

A Language for Everyone

The main reason most Christians do not receive the gift of tongues is their pastors have not taught them that it’s God’s will for them to have it. I’ve found that what a minister teaches about the gift of the Holy Spirit is based on the restoration movement from which his or her denomination emerged.

There have been eight general restoration movements, all of which restored truths and spiritual experiences that were lost or changed due to religious ritual during the 1,000-year Dark Age of the church. The first restoration movement, called the Protestant Reformation, began in 1517 and challenged corruption in the Roman Catholic Church, especially the teaching that God’s forgiveness could be bought. The last, which I call the Saints Movement, began in 2007 and is seeing lay Christians perform supernatural signs to demonstrate Christ’s lordship over every area of life.

The major denominations established to propagate the truths restored during the Protestant Reformation were the Lutheran, Episcopal and Presbyterian churches. The 1600s saw the beginning of the Baptist denominations.

This was followed by the emergence of the holiness movement in the 1700s, which produced the Methodist Church. Then the divine faith healing movement in the 1880s produced such denominations as the Christian and Missionary Alliance.

But what happened on the day of Pentecost was according to God’s will and purpose. God the Father directed the Holy Spirit to give the 120 charter members of the church the ability to pray in languages they did not understand.

Why did God do it that way? What would it accomplish for His church to speak in other tongues that originated from their born-again, baptized spirits and not from their natural learning?

The Old Testament prophets spoke of the Holy Spirit’s gift of tongues. On the day of Pentecost, the apostle Peter referred to Joel’s prophecy to explain how the early believers were speaking unknown languages (see Acts 2:16-21). And in 1 Corinthians 14:21, Paul quotes the prophet Isaiah when instructing the church on the operation of the gift of tongues.

In the Gospels, John the Baptist prophesied that Jesus would baptize His followers with the Holy Spirit and fire (see Luke 3:15-16). And in the book of Acts, the gift of tongues was the sign that convinced the apostle Peter that gentiles could become children of God without first becoming proselyte Jews (see Acts 10:44-48, 11:1-18).

Jesus promised in John 14 to send the Holy Spirit, and the manifestation that came with His gift was not wind, fire or feeling God’s presence. It was speaking in tongues. God wanted it that way, and that should be incentive enough to receive the gift and speak in tongues (see Acts 2:4-11; 1 Cor. 14:5,39-40).

If that isn’t sufficient for a believer, however, there’s another major reason for receiving the gift of the Holy Spirit: Because Jesus commanded His followers to wait for it (see Acts 1:4). He paid a great price to fulfill His promise. He died, rose and, in order to send the Holy Spirit with His gift of speaking in tongues, ascended back to the Father (see John 16:7).

When we don’t know how to pray as we should, we can turn the intercession over to the Holy Spirit, and it will go directly to the heart of the matter with the wisdom and power of God to meet the need. Using the spirit language, we can wage spiritual warfare against unseen enemies.

Praying in tongues fills us with the love of God, and it enables us to manifest the fruit of the Spirit and the mighty gifts of the Holy Spirit. This is why Jesus told His disciples it was best for them that He go back to the Father and send them the Holy Spirit, who would bring them the greatest gift of praying in their own spirit language.

How grieved the Holy Spirit must be when God’s people don’t receive His special gift. May all Christians fulfill Jesus’ command to receive the gift of the Holy Spirit and embrace all He has to offer.

Bill Hamon is the founder and bishop of the Christian International Ministries Network, a coalition of more than 3,700 ministers. He is working on a book that will give 70 reasons that Christians should embrace speaking in tongues.
The Article was originally published online through Charisma magazine found here:
http://www.charismamag.com/spirit/supernatural/11538-evidence-of-the-gift