Showing: 1 - 1 of 1 RESULTS
Blind woman healed in Africa in front of 200,000 witnesses- precious!
As many of you are aware, Ivory Coast has been plagued by many years of civil war. Terrible atrocities have been committed and much blood has been shed in this place. In fact, our crusade field bears a grim reminder of the desperately wicked condition of fallen humanity. At the back of the crusade field there is a distinct area where curious mounds of dirt are grown over with thick weeds. As our bulldozers were clearing the field in preparation for the campaign, we were asked by officials not to clear that particular area because it is a mass grave where countless unidentified corpses are buried. Yet, this week, this very field, once the scene of death and destruction on a massive scale, has been transformed into ground zero for a historic harvest and a mass Holy Spirit outpouring. It is a striking metaphor of God’s redemptive work through salvation.The crowd grew to 200,000 tonight in spite of the fact that Ivory Coast national football team was playing against Tunisia contending for the Africa Cup of Nations! Our event director asked one young man why he came to the crusade instead of watching football and he said, “We need Jesus more than football.” This kind of hunger is what sets this campaign apart. The people are extraordinarily expectant and full of faith. The video at the top of this email is from the very first testimony tonight. It is from a woman who was totally blind in both eyes. Last night her left eye had been healed and she came to give glory to God. While interviewing her, I discovered that her right eye was still blind. I told her to cover that right eye and prayed. Nothing happened. I so I covered her eye and prayed again. “Mama look at me. What do you see?” I asked. For several seconds she looked at me intently (it probably seemed longer than it actually was:-) and then all of a sudden, she started shouting, “Oui, oui, oui, oui, oui” (French for “yes”). Jesus opened her eye on the platform in front of 200,000 people and, as you can imagine, the crowd went ballistic! Praise the Lord!This has been a historic event that will leave an indelible mark on Ivory Coast. The entire capital city has been shaken. The news media is out in full force every night. Top government officials have taken notice and are coming for prayer. The church leadership has never seen anything like it before. I am sure that if the Lord tarries, the great-grandchildren of these people will still be talking about what Jesus did here this week.And it’s not over yet! We still have one more meeting tomorrow night. Please continue to pray for us – that the full payload of Holy Spirit impact will demolish every last bastion of satanic influence and that from this week forward, Ivory Cost will be known, not as a place of war and bloodshed, but as the dominion of the Prince of Peace.Yours in the Gospel,
Evangelist Daniel Kolenda, Peter van den Berg
Together with the whole CfaN team 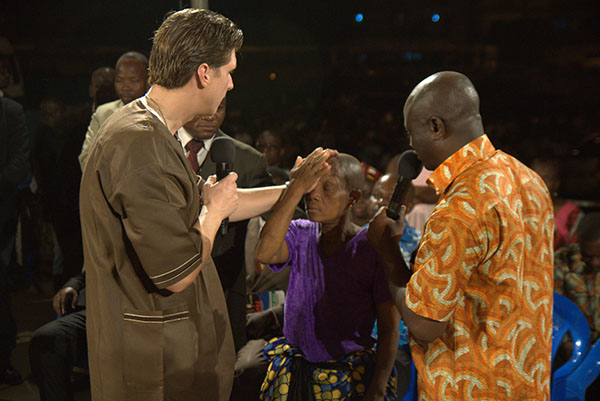 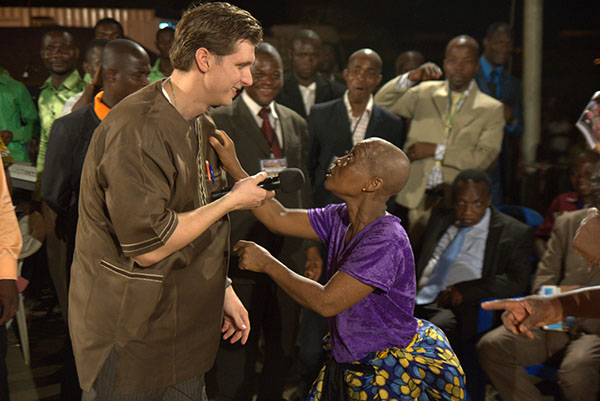 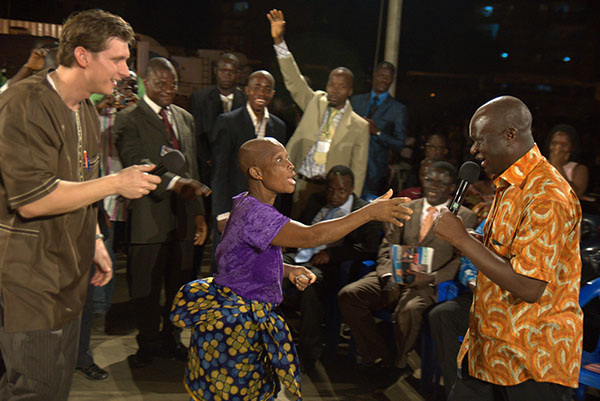