Check out Jim’s amazing testimony of how difficult it was to film The Passion. From beginning to end, Jim was tormented with sickness, pneumonia, weight loss, hypothermia, and a separated shoulder causing excruciating pain. If that wasn’t enough, he was stuck by lightning in the last scene. The physician on the set said his heart was in such trouble, he could die at any moment yet Jim said this film was worth dying for in honor of His Lord, should he die on the set. Talk about “loving not your life onto death” for your King! Wow, what an amazing personal testimony overcoming adversity for this film!

Have you ever seen someone walk in such kindness that the very nature of love beamed from within their soul and when seeing such love, you decided you wanted what they had? The good news is that God longs to give us the desires of our heart whenever our desires align with His nature. If …

This is a must watch if you want to receive your full rewards in the next life in heaven!! It’s a fantastic view of how Paul the apostle lived and challenges you and I to do the same….. follow Jesus not the world! Link to this post!

Check out these great teachings with Dan Mohler at the new Lifestyle Christianity University formed by Todd White. #1

This book will help you discover the secrets found in God’s Word, and expose the life-transforming power in living as sons of God.

Whether you want a better understanding of growing in what it means to be a son of God, or hunger for the deeper manifestations of power found through His Spirit, or maybe you wonder if you are really “born again”, then I encourage you to read and unlock the power in this book. It references over 69 bible verses to help you walk in all that God has ordained for your life.

My prayer is that as the body of Christ we might remove the common barriers we’ve too easily accepted, that have held us back from living an abundant life through Christ. May we each be more bold and exercise our full “Identity in Christ” without limitations!

Please contact us, or use the link below if you would like 10 or more hard copies of this book. 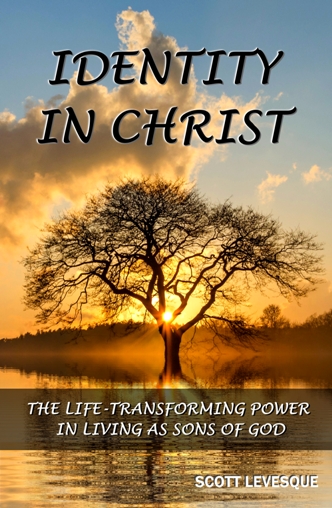 Check out this amazing healing testimony from Andrew Womack Ministries. Merci Santos was almost totally incapacitated but is now 100% healed by Jesus! Her healing wan’t instant but her faith continued to believe that her healing would come, and she never stopped believing no matter what it looked like in the natural, she believed God’s Word! What a great testimony of someone growing in her belief and standing on God’s truth. Yay God!!

Have you ever thought about what heaven is like? I have and I also wondered if anyone was having one on one encounters with Jesus! Upon looking further into this, I found that over recent years, there have been countless testimonies of people who died, went to heaven, met Jesus, and were miraculously sent back to tell of their amazing encounters and describe their time spent in heaven. Although most of these experiences were unique in themselves, despite their original nationality, religion, or upbringing, many shared similarities not only about heaven, but also about meeting Jesus there in heaven. Check out these videos where John Burke shares what he discovered about his research on over a thousand of these encounters in heaven, and testimonies of the 120 people who he interviewed personally that died and came back. It’s a MUST WATCH!

Three of us prayed for this women last fall. She had severe headaches and the Doctors couldn’t figure out a reason, but put her on medicine that didn’t help. So Jesus stepped in and took care of the pain and oppression. He is the greatest Dr ever known! Yay God 🙂

Joshua was super skeptical when Laury and I prayed for him in Boston but was very courteous to let us pray. He also seemed very sad and oppressed but when he got healed after two quick prayers, he was both shocked yet smiling with great joy in his heart. His whole demeanor changed and when he walked by again an hour later, he wasn’t limping and was still smiling. That was a couple months ago and he’s still walking without pain!

Check out these powerful videos from Dan Mohler. Having our identity rooted in Christ is so important to overcome sin in life. This is teaching compilation about living free from sin! It’s a powerful reminder of all the places in scripture that help us stay free from remaining slaves to sin, and getting free from the our old identity as a “sinner”, rather than a son of God. (See link below videos for a free E-book on finding your Identity through Christ)

Colossians 1:13 He has delivered us from the domain of darkness and transferred us to the kingdom of his beloved Son (CEV)

Because of love, He defeated sin on the cross for each of us, and He carries us from the darkness, into the light, …..if we’ll only let Him

Ex-Mormon has encounter with the real Jesus – Grace Unveiled!

Check out Micha’s amazing testimony. He was a zealous Mormon Missionary recruiting Mormon converts in Florida, when a Baptist preacher challenged him to read the new testament as if he had never read it before. So he took off his religious glasses and read the Bible as a child for the first time ever!

He began to understand truth and after about 18 months discovered the real love and grace of Jesus Christ, and was born again as he believed and gave his life for Christ and received the gift of the Holy Spirit. This is a powerful testimony of a story similar to the zealous, religious Saul of Tarsus in the bible, who had an encounter with Jesus, got born again and became Paul who later wrote almost two thirds of the new testament. Micah describes how Mormons are deceived with a “salvation through works” mentality which entirely misses the “saved through faith by the gift of grace” that the bible describes, so that “no man may boast in his own works for salvation”. Please share this with any believers who may benefit by sharing this truth with Mormons they may know! God desires that none should parish.

Ephesians 2:8-9:
For by grace you have been saved through faith. And this is not your own doing; it is the gift of God, 9 not a result of works, so that no one may boast.

This is Angel’s testimony today (2018) after we prayed for him in Manchester in 2015. At first Angel was so full of fear and anguish that he didn’t want us to pray for him. He was still dealing with being overwhelmed with the fact he was told he only had a 20% chance of his upcoming surgery going well, and that he would have only a max of five years to survive IF the surgery went well. The surgery was to help slow down the cancer that had already spread outside of his colon and to try to extend his life a couple years. It was a rather grim future for him, his wife and his five children, but thankfully Jesus had a different plan.

That morning, we were at an outreach event and I felt the Lord really wanted us to pray for him, but I didn’t know exactly why- when we approached and asked he declined and said “I’m all set”. At that point, without knowing for certain that anything was wrong, I asked if he was sure he didn’t want prayer, and he declined a second time. As I began to walk away, I had a really strong unction that something was critically wrong with him (although he looked healthy), so I stopped, turned back to him and boldly spoke “I know something is seriously wrong with your body and the Lord want’s to heal you, what’s going on?” For the third time he said “I’m all set” but thankfully his wife leaned forward and quietly said “he has stage four colon cancer and we don’t want the kids to know”. So I said “come on dude, Jesus wants to heal you, will you let us pray for you?” He softened and said yes, and he entered into faith with us, and Jesus crushed that disease through a prayer of faith! Hallelujah! Not only did he survive the surgery with flying colors, but two weeks after the surgery, doctors couldn’t explain how he was 100% cancer free after testing 36-45 lymph glands. Doctors still can’t figure out what happened and three years later he’s 100% cancer free, loving the Lord, regularly giving his testimony to the doctors and others, and living the second chance he’s been given by the finished work of Jesus. The Lord said, if you have faith without unbelief, our faith can move mountains – this mountain was moved!

We are entering into a special time where the church is learning how to walk by faith, without doubt. I’m so excited to see what is coming on this earth as we learn to “Only believe”…… Yay God

Catholic Woman Dies, Meets Jesus in Heaven and Wakes up in the Morgue!

MUST SEE! Incredible testimony from Pauline who shares about when she died in a bus accident and went to hell, then to Heaven, had an encounter with Jesus and then woke up at the morgue. Pauline found out she didn’t really know Jesus and went to hell, but cried out and then got rescued by Jesus to learn Jesus is not impressed by religion, but desires a personal relationship with Him alone! Powerful testimony of a life restored and now lived for Jesus.

Last year Robert had throat cancer when our brother and sister in Christ, Suzanne and Greg came out with us to get kickstarted in healing. Robert was the first person Greg prayed for that day. Robert’s pain completely disappeared after a couple quick prayers. He went in for the scheduled surgery two days later and the doctors couldn’t explain how the tumor had almost completely disappeared. Without further treatment the cancer was completely gone. Today he got healed from an arm injury and his daughter and his son-in-law also got healed over the course about 5 minutes. Jesus is looking for His church to step out in faith and crush sickness. Let’s go church, ….the harvest in plentiful!!

Captain Dale Black with Details on his Visit to Heaven

Hear this amazing testimony from Captain Dale Black author of “A flight to heaven and back”, as he talks about some of the things he saw and learned in heaven. I love to see how much the love of God can move a man’s heart like Dales. “Eyes have not seen and ears not heard…..” So Good!

This is the full video of Delia Knox’s Healing Story

Check out Delia Knox being healed by Jesus after 22+ years paralyzed in a wheelchair!

Jay Gets Healed, Delivered from Addictions, and Finds Jesus!

Repeated acts of compassion, love, and discipleship along with the power in the name of Jesus, can transform lives! I remember the dramatic day neuropathy in his feet got healed, but that was just the beginning of walking with God. He got a wake up call from Holy Spirit that day and look what God did with Him since! Yay God!!!