PIMPED BY THE DEVIL?

What we say has great power since it is a reflection of what we believe, and what we believe determines what our faith will manifest in our lives (good or bad).

The devil understands this better than most people and better than many Christians who carry supernatural power to move mountains. He knows if he can whisper in your spirit something like “I’m all alone so today is going to be a really hard day for me”, and get you to agree with that thought, that the power of what you say, (your faith) will cause that to come to pass, and you will in fact manifest a really hard day full of darkness.

This is a really basic Kingdom principle that many of us have overlooked, but Jesus himself said “be it onto you as you believe”.

So the reality is that even when someone with power prays to stop what the devil is doing against us, it can often be fruitless because our own words spoken in ignorance work against us, contrary to Gods desire for us. At that point we have tied His hands to be able help us, bound by our own words. It’s sort of a form of “anti-faith” working against Gods blessings for us.

Here’s an example: We once prayed for three different people one day who were deaf to one degree or another. Two had hearing aids with 70-90% loss and one was deaf since the age of four years old. None of them really expected they would get healed but they were open to the possibility and each one of them got all of the hearing back. So you would think at that point, with our faith skyrocketing, person number four with hearing aids would be quickly healed. But person number four insisted it was impossible and that they had damage their ears beyond repair and hearing could not be restored. We prayed and the person was so convinced that they would not receive their hearing that they were eagerly ready to tell us it didn’t work each time we prayed (ant-faith). This person already firmly believed they would not get their hearing and in fact they received exactly what they believed. This is not the same as a person who is too afraid to hope or believe in healing and says they don’t have faith. We have seen many of these people healed by our faith. But this is way beyond lack of faith into a stronghold insisting healing is impossible for them or God.

The enemy knows this very well and has blinded man for centuries since the fall of man, and has strategized to use man’s own words and thoughts (faith) against himself, by training us to always expect the worst, to not get our hopes up, and to speak and think contrary to what Jesus has accomplished through overcoming sin.

The enemy knows the word of God and all it’s power, and works very hard to keep people deceived so we walk in unbelief, never figure out the truth, and never begin to speak (or believe) the power of His word and the power of our words when we are in agreement with God.

So whenever we say things like “I get sick every winter” or “I never get a good paying job”, or “everyone gets arthritis when we get old”, or “I always lose my keys”, or “my bank account is always empty”, these type of thoughts have been strategically cultured in our thinking by the enemy, because he knows what we say, will manifest a corresponding result by faith. In a sense, our faith is being “pimped” by the devil, to do his dirty work for him, on this earth against us (the sons of God), and against Gods kingdom from manifesting here on earth.

He’s been doing this since the beginning and has been very successful at deceiving most of the world, bringing death, destruction, and darkness to our lives, defiling us by our own words and beliefs. He is powerless against what Jesus has given us, yet has continued to make himself seem unstoppable, because we have bought the lies and continued to believe them.

But he is also terrified that in this generation, his days are over as we begin to expose his strategy and become transformed by the the truth that Jesus has accomplished with His death, burial, and resurrection to new life, and the renewing of our minds.

Each of us has the opportunity to walk in a new life and a new truth if we will shift what we say and believe, to agree with the Word of God and the finished work of the cross. This is why Paul said we must walk by faith and not by what we see, if we are to shift from our old perceptions of darkness, into an eternal position walking in the light, as His is in the light.

There is only one way and one truth that can get us there, and it takes a transformed mind (spiritual heart) by faith, to cross over from what we see in the natural, to what is possible in the supernatural.

If we will simply change our thoughts and words, to stop defiling and only speak to edify and build each other up, God is faithful to deliver His promises. We all just need to start expecting the best (love thinks the best). stop with the stinkin-thinkin that defiles us, get alone with God and agree with Him to “put off the old” ways of thinking and “put on the new” creation transformation by faith. By meditating on the promises of God until they are rooted and grounded In our lives we, will begin manifesting His promises and His kingdom by faith.

I don’t know about you but when I realized my own faith through expecting the worst (as revealed by my words) was being used not only against me and my life, but to spread darkness in this world, I was furious and promised I would stop being pimped by the devil!!! My wife Laury and I have joined forces to help each other learn to speak blessing and life over ourselves and others, and the fruit has been tangible and greater than we ever imagined.

We are truly coming to understand the power of this proverb 18:21 : ”The power of life and death is in the tongue, and those who love it will eat its fruit”. That is a promise from God – the only question is, which fruit will we choose to produce with our words? 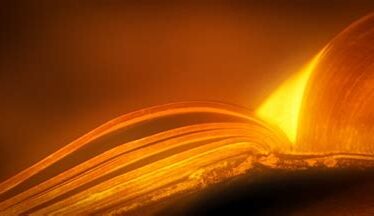