Smith Wigglesworth “Face to Face with the Devil”!

I was called at 10 o’clock one night to pray for a young person given up by the doctor who was dying of consumption. As I looked, I saw that unless God undertook it was impossible for her to live. I turned to the mother and said, “Well, mother. you will have to go to bed.” She said, “Oh, I have not had my clothes off for three weeks.” I said to the daughters, “You will have to go to bed,” but they did not want to go. It was the same with the son. I put on my overcoat and said, “Good-bye, I’m off.” They said, “Oh, don’t leave us.” I said, “I can do nothing here.” They said, “Oh, if you will stop, we will all go to bed.” I knew that God would move nothing in an atmosphere of mere natural sympathy and unbelief.

They all went to bed and I stayed, and that was surely a time as I knelt by that bed face to face with death and with the devil. But God can change the hardest situation and make you know that He is almighty.

Then the fight came. It seemed as though the heavens were brass. I prayed from 11 to 3:30 in the morning. I saw the glimmering light on the face of the sufferer and saw her pass away. The devil said, “Now you are done for. You have come from Bradford and the girl has died on your hands.” I said, “It can’t be. God did not send me here for nothing. This is a time to change strength.” I remembered that passage which said, “Men ought always to pray and not to faint.” Death had taken place but I knew that my God was all-powerful, and He that had split the Red Sea is just the same today. It was a time when I would not have “No,” and God said “Yes.” I looked at the window and at that moment the face of Jesus appeared. It seemed as though a million rays of light were coming from His face. As He looked at the one who had just passed away, the color came back to the face. She rolled over and fell asleep. Then I had a glorious time. In the morning she woke early, put on a dressing gown and walked to the piano. She started to play and to sing a wonderful song. The mother and the sister and the brother had all come down to listen. The Lord had undertaken. A miracle had been wrought.

The Lord is calling us along this way. I am thanking God for difficult cases. The Lord has called us into heart union with Himself; He wants His bride to have one heart and one Spirit with Him and to do what He Himself loved to do. That case had to be a miracle. The lungs were gone, they were just in shreds, but the Lord restored lungs that were perfectly sound.

From the book: “Ever Increasing Faith”
Sermon Titled:  Gifts and Healings 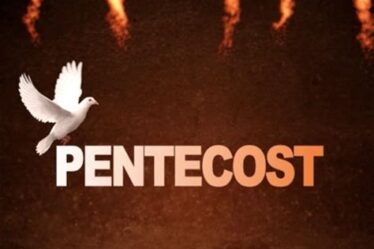