The effectual fervent prayer of a righteous man availeth much James 5:16

Back in July our friends Mike and Karen asked us to pray for baby Collin. After some difficulties during child birth, Colin had just been born with severe complications. He was born with blood on his brain, and struggling to breath/survive. His life was in serious danger with talk of not making it or at a minimum, they said he would likely have brain damage.

We prayed one Saturday while on the streets with our prayer team including several other days with Laury and I individually declaring that the baby would recover fully with no side effects, in the mighty name of Jesus. In fact, there were a whole lot of people offering fervent prayer on behalf of baby Colin and his mother. . This was him in the beginning. 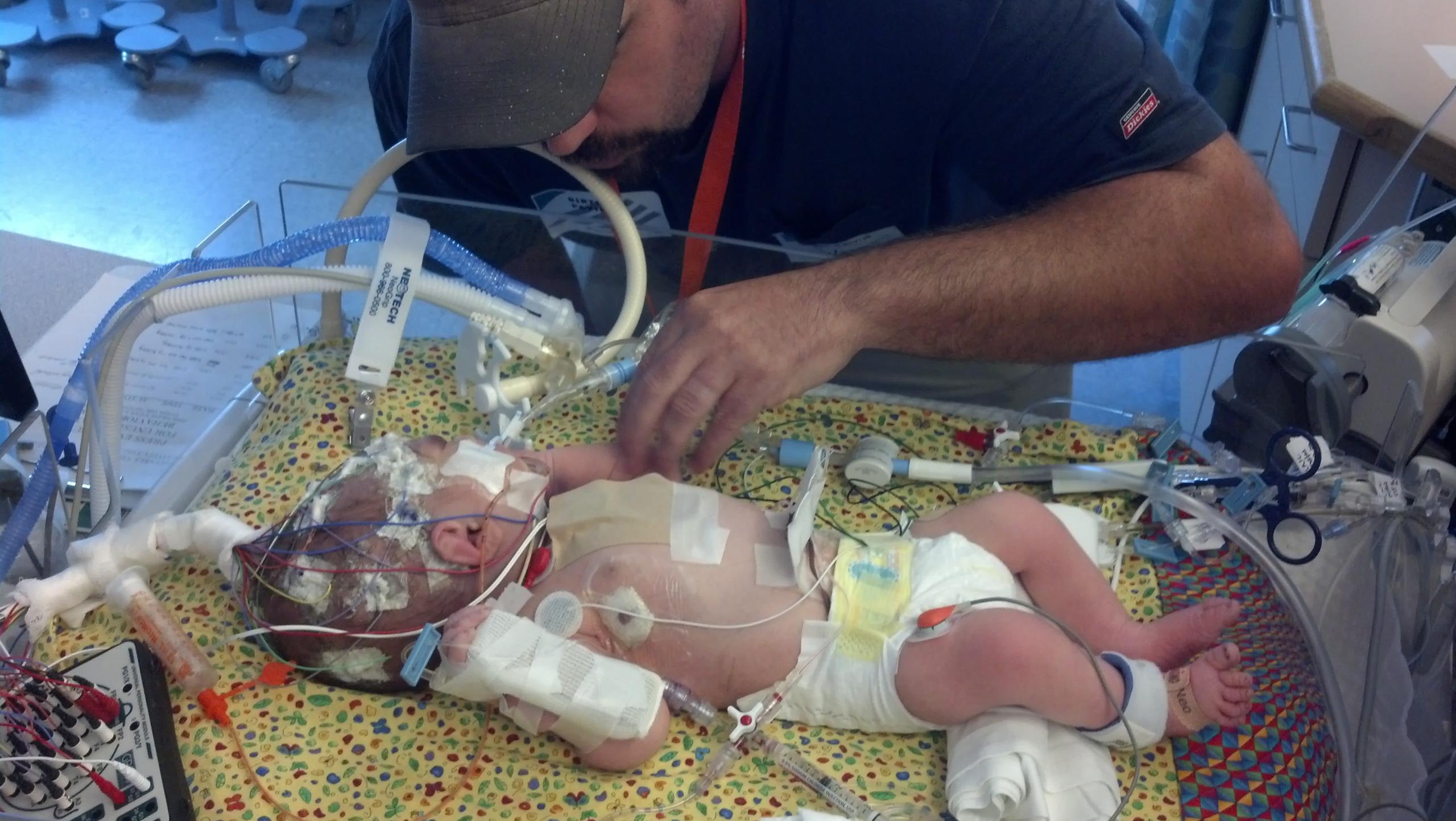 But almost immediately, prayers were answered and Collin started to quickly improve. Within a couple weeks he was feeding normal, and off the respirators and feeding tubes. The term kept coming up “miraculous” with the doctors and nurses and Collin was called the “miracle baby” when he was released with no ailments, no brain damage, and perfectly healthy on August 13th. To God be the Glory! Amen

This was Collin when released: Yay God!